As per a report originating from the Wrestling Observer Newsletter, AEW has now sold more than 100,000 CM Punk t-shirts during his first month as a member of the AEW roster.

The grand slam edition of AEW Rampage was taped directly after Wednesday’s Dynamite. During the close of the show, Homicide made his debut and got involved in the Jon Moxley segment. Homicide is best known for his work in IMPACT Wrestling and is also a former ROH World champion. 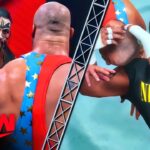