The John Cena WWE 2K19 Story rolls on as CEO Cena adds depth to his new Aggression brand by signing NEW superstars to his roster. The green brand debut two new wrestlers and immediately put them to work. Filmed on PC and WWE 2K19 PS4.

PLOT : John Cena inserted a secret clause into his WWE contract after hiring the world’s sneakiest lawyer (Dirk Palumbo) — this clause allowed him to buy a WWE brand extension once his contract had expired. Cena activated this clause and now runs the “green brand” WWE Aggression on the WWE Network. This is episode 13 of this series, you can catch up with other episodes here:

Don’t forget to turn on notifications by hitting the bell to ensure you always get the latest WWE 2K Story videos on time and thanks for taking the time to watch the show, i hope you enjoyed it. 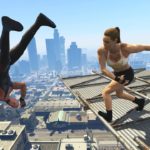 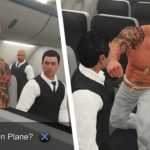