The John Cena WWE 2K19 Story continues as Cena reveals the new mid-card championship title belt for WWE Aggression. Everyone thought Cena was in japan looking for new WWE Superstars, but it turns out they were wrong!. Filmed on PC & WWE 2K19 PS4.

PLOT : Villainous John Cena got tired of wrestling and wanted to become a wrestling promoter. He employed the world’s most notorious lawyer and included a hidden stipulation into his WWE contract that allowed him to buy his own brand extension upon his retirement. He used this chance to form the green brand known as WWE Aggression, the franchise acts as the official 3rd main show for the WWE and is a part of the Draft and co-branded ppv’s such as Summerslam and Wrestlemania. This is episode 15 of this show, you can catch up with the rest of the series episodes here:

Don’t forget to stone cold stunner that bell if you want to keep up to date the latest WWE 2K Story videos. Many thanks for taking your time to watch the series, i hope you are having fun. 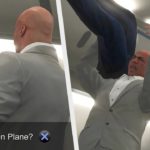