In this WWE 2K19 Demo Gameplay campaign video, Daniel Bryan is announced as GM of Smackdown and immediately signs his wife Brie Bella to the blue brand. This was a bad decision from the leader of the yes movement.

After being driven to retirement by the WWE, Daniel Bryan was given a great opportunity to resume his WWE career by becoming the General manager of Smackdown. His first act as GM was to strip Carmella of her WWE women’s championship after she destroyed her shoulder via unknown circumstances. A huge main event is made and a new champion is crowned, but what went down backstage after the show had ended left everybody scratching their heads. 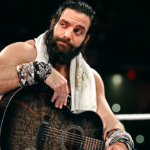 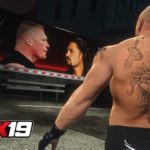