V6 of my WWE 2K18 notions has arrived & this time it is in the form of a GM Mode idea. Current WWE Games come with a few cool modes such as Universe mode but we are still yet to see GM mode under the 2K banner. Kurt Angle mod with facial animations by Tekken54. Suit one conversion by GameElite.

Music played on menu is Axtasia – Light Up The Sky
or http://twitter.com/axtasiamusic

Many thanks to the #ELEMENTALS for coming back to watch every day! Be sure to check out the 2k18 poster contest that is currently running! 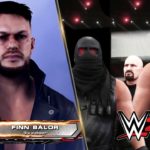 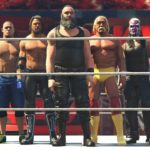