HULK vs DEADPOOL vs SUPERMAN vs NARUTO vs CASEY JONES vs LUKE CAGE – Epic elimination battle.

Naruto is a Japanese manga series written and illustrated by Masashi Kishimoto. It tells the story of Naruto Uzumaki, an adolescent ninja who constantly searches for recognition.

Superman is a fictional superhero appearing in comic books created by DC Comics.

Fun Superhero Battles video suitable for all the family, including the kids! Request a battle! Leave a comment with which superheroes you want to see fight! 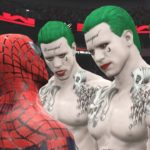 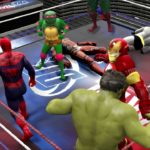