WWE has recently been utilizing “The Man” as a nickname for multi time women’s champion Becky Lynch over the last year, as a result Ric Flair is threatening a lawsuit due to his belief that WWE is infringing his trademark.

According to Flair, he’s been known as The Man since 1981. In addition, he actually holds the trademark for his iconic catchphrase, “To be the man, you gotta beat the man.”

In a conversation with TMZ , The nature boy stated he attempted to arrange a private arrangement that would allow WWE use of his legendary nickname. However, his attempts were declined by the company. Furthermore, he raised the issue to WWE top ranking executive, Triple H but no resolution was found.

Go on over to TMZ Sports to watch their exclusive conversation with Ric Flair. H/t to Ewrestlingnews.com 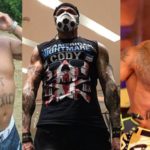 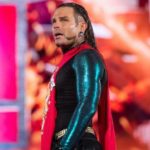