With WWE 2K21 officially wiped from 2K’s calendar in favor of their new arcade property “2K Battlegrounds” — it’s going to be a while until we see another 2K sim.

2K took the decision to take a gap year from their usual WWE simulation game development so that they could absolutely nail the execution of WWE 2K22. There is no doubt that 2k’s reputation was left in tatters after the shambolic WWE 2K20 was hit with some of the worst reviews in the history of the franchise, that’s why it’s imperative that 2K do everything they can to make sure 2K22 hit’s the nail on the head when it comes to visuals, polished gameplay& features.

Here is a short list of some of the things that 2K could debut or bring back for 2K22.

Alot of the things featured in the above video are essentially gimmicks that marketing will love. The Punjabi prison for example is something that they shouldn’t have much trouble implementing & would really appealing in the sizzle trailers.

Of course, all of these gimmicks mean nothing if the core gameplay is still broken. Let’s hope 2K can forget about 2K20 & instead pick up where Yukes left off in WWE 2K19. 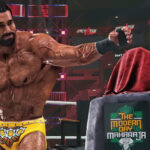 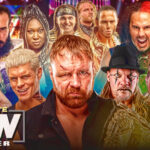